This project will enable the production and storage of three carbon-free gases: hydrogen, biomethane and synthetic methane from renewable electricity and agricultural waste for green mobility (Bio-NGV and hydrogen) and injection into the network. The facility will therefore combine anaerobic digestion (methanisation), green hydrogen production and methanation (also known as "Power-to-Gas").

The production of 5 kg hydrogen per day will supply local service stations, which corresponds to intensive consumption of 20 light vehicles. The renewable gas produced will meet the needs of 800 inhabitants.

The interests of the project: 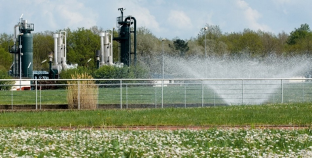 In order to respond to the expectations of Bordeaux Métropole, Storengy and ENGIE Solutions associated to develop a unique, integrated deep geothermal energy offer, combining ENGIE Solutions experience in heat networks with Storengy’s long-standing expertise in underground exploration and development.

Bordeaux Métropole chose a player who is committed to long-term solutions regarding all dimensions of this ambitious project. Thus, we are initiating the renewal of deep geothermal energy in France.

Our commitment to this network is going to last 30 years, thus guaranteeing stable costs for all users.

This project benefits from the European Union’s (through the European Regional Development Fund) and the ADEME's financial support. 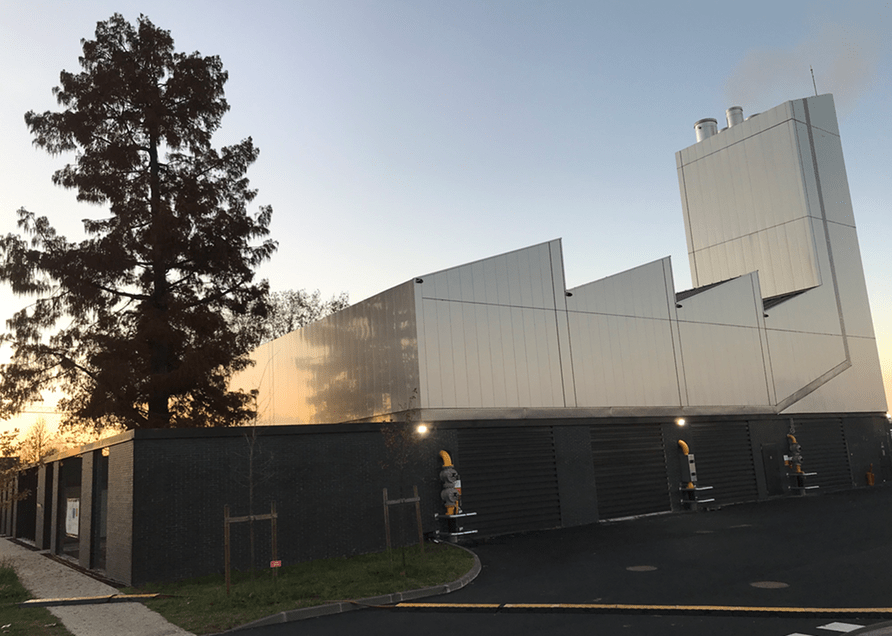 Coeur d'Issy is an ecodistrict project developed with low-temperature geothermal energy to meet the heating and cooling needs of local residents.

Storengy, an innovative partner, is committed to the success of your project. 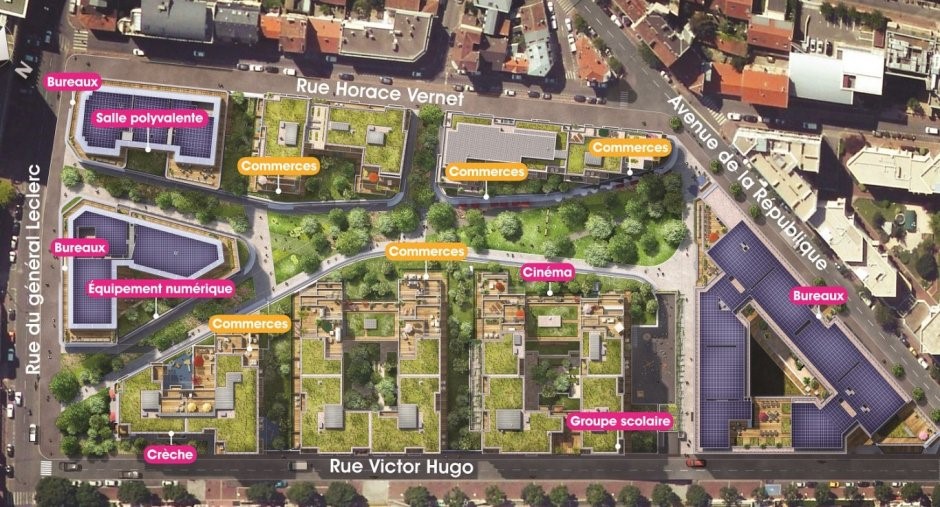 Storengy provides its expertise to ENGIE’s projects and is involved in geothermal resource exploration and development stages in Indonesia, on Sumatra island.

The Muarah Laboh station generates 85 MW of power, which is the equivalent of the energy consumption of 120,000 households.

Storengy is able to support major projects from the stage of underground exploration to the construction and operation of geothermal power generation stations.

Today, ENGIE BiOZ has 16 anaerobic digestion sites in operation and around forty under development.

The Vermandois Biomethane Plant in Eppeville (80) in figures and in pictures: 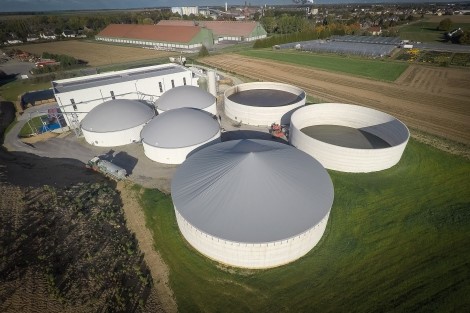 Storengy is responsible for the installation of the refuelling station, its operation and the marketing and sale of the green transport fuel certificates.

The project will see the first green station in the North West of the UK with the production of green hydrogen fuel to enable three vehicles, including two refuse trucks, to run on the technology.

The hydrogen will be produced by installing solar panels which will convert the energy via an electrolyser to produce the green fuel.

The project has been funded by public and private funds - with a £345,000 contribution from the Local Growth Fund

Conversion of a depleted gas field into an underground storage.

Storengy provides technical expertise and support to IGS on:

Storengy assisted Ital Gas Storage during the commissioning and start-up of the storage site and is currently providing technical support in the operations and performance characterization of the storage, during the first years of development and commercialization. 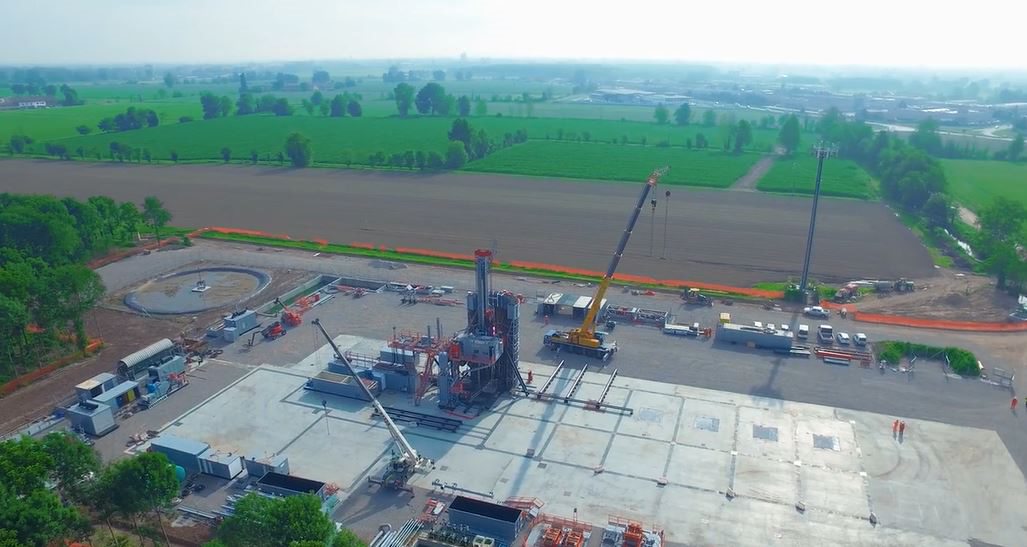 Since 2018, Storengy has been working with Conexus on various technical missions for the Incukalns gas storage:

In May 2020, Conexus published a tender to select the consultancy which will support Conexus for a 2-year comprehensive technological supervision of their reservoir performance. This service consists of the monthly monitoring of the performance of the reservoir and seasonal review of the various aspects of the injection/withdrawal campaigns: gas bubble extension, review of the previous campaign, forecast for the upcoming campaigns, recommendations to improve the performance and monitoring of the site. It also includes the update of the 3D simulation model of the reservoir used for the mid-term performance forecast.

Within this 2-year contract, Storengy has been commissioned by Conexus to provide the following services:

The aim of the project is to carry out a feasibility study of Borehole Thermal Energy Storage (BTES) for the heating and cooling of the Maison de la Nature in Périgny-sur-Yerres.

The interests of this project:

The new ENGIE headquarters will be supplied with heating and cooling by an innovative ATES-type geothermal solution.

This ATES (Aquifer Thermal Energy Storage) solution is based on the exploitation of two aquifer bubbles that will operate intermittently:

This is a first in France for a project of this size.

The project will provide heating and cooling using 100% renewable energy, with energy performance improved by 40% compared with the RT2012 standards.

Storengy provided the following services: design and sizing of the project, assistance with the application for a geothermal deposit search permit (permitting), construction and implementation of a turnkey project.

The aim of the project is to create a new low-temperature geothermal solution on the water table for Agronergy in order to supply a new eco-neighbourhood of around one hundred homes in Versailles.

Storengy has already carried out the feasibility study with a test borehole at a depth of around 60 metres. The next step is expected at the end of 2021!

Storengy and the City of Annecy have signed a partnership agreement to enhance geothermal energy and develop new associated concepts.

The project deals with the improvement of the existing energy system at the ”Equipement pour l'enfance Vallin-Fier“. It combines geothermal and solar thermal energy and will serve as a demonstrator for other existing and future building programmes.

The ”Vallin-Fier“ complex, which includes a primary school, a nursery school, a gymnasium and a day-care centre, was initially equipped with a geothermal installation consisting of 18 vertical geothermal probes and a heat pump. To optimise the performance of the installation (summer/winter alternation), the city of Annecy and Storengy worked to find a sustainable energy solution to meet heating needs.

The project involves installing thermal solar panels on the roof of the building to capture heat in the summer, which will be stored underground and then used in the winter to heat the building. This additional heat will complement the heat produced during the summer when the sensor system is used to cool the buildings.

At the same time, two underground temperature measurement probes will be installed in the underground (approximately -130 metres) to monitor its temperature and measure the efficiency of the coupling in real time, a first in France.

Storengy will support the City of Annecy by providing its recognised expertise in the field of geosciences and energy production engineering with a view to deploying coupled geo-energy solutions.

The University of Savoie Mont-Blanc, which is at the forefront of solar thermal energy, will also be associated with this project, as will ADEME.

The solution presented by the HIVE team was selected by the City of Helsinki in March 2021 as the most effective solution to decarbonise its heating network by 2035.

In this context, Storengy will be in charge of managing major heating networks built on the BTES model (geothermal energy on probes), which is an essential part of the system planned for the Finnish capital.

The other players in the project :

Arcueil-Gentilly in partnership with ENGIE Solutions

In 2013, ENGIE Solutions won a call for tenders to design, build and operate a new heating network in the Arcueil-Gentilly municipalities in the Paris region as part of a public service delegation.

Storengy is in charge of managing the geothermal doublet drilling operations.

In January 2017, Storengy and ENSEGID signed a partnership agreement to collaborate on innovative geothermal and seasonal energy storage projects such as:

These local, decentralised projects, adapted to neighbourhoods undergoing renovation and new eco-neighbourhoods, will make it possible to provide innovative solutions for the storage of renewable energy, particularly heat and cold.

Since 2015, Storengy has been associated with ENGIE Solutions and an investment fund for the design, construction, financing and operation of the geothermal heating network for the new Villages Nature park and Disneyland® Paris. The operating concession is valid for 25 years for assistance to the project owner (underground) in the context of a private investment project led by Disneyland® and Pierre & Vacances Center Parcs.

Partnership with Reykjavik Geothermal to develop geothermal projects in Mexico

Storengy and Reykjavik Geothermal are cooperating on geothermal projects in Mexico to supply electricity to a growing Mexican market. They are currently working to develop a portfolio of three exploration licences in the states of Puebla and Nayarit.

In June 2017, Storengy and TLS Geothermics signed a partnership agreement in the field of high-temperature geothermal energy.

This agreement allows them to collaborate on R&D topics aimed at:

This is a territorial project for the production and storage of renewable energy.

This Power-to-Gas demonstrator will make it possible to:

The project players and their role:

This project is going to use a salt cavern of the Storengy storage site in Etrez to connect electrolysis production to industrial and mobility applications.

The salt cavern used has a storage capacity of  44 tons of hydrogen, which is the equivalent of 1,760 hydrogen bus tanks.

HyPSTER is located in a particularly dynamic territory regarding the development of green hydrogen usages with large-scale projects such as Zero Emission Valley (Project ZEV) in the region of Auvergne-Rhône-Alpes, the construction of hydrogen production units and filling stations in the region of Bourgogne Franche Comté. Its geographical location is also an asset for industries which are present in the Chemical Valley.

The ZEV (Zero Emission Valley) project in the region of Auvergne Rhône Alpes comprises 20 hydrogen stations and 1,000 hydrogen vehicles by 2023. Industrial grey hydrogen applications are already existing (especially in the Chemical Valley) and decarbonising the industry and heavy mobility of this sector with green hydrogen is being taken into consideration.

This project has been granted financing by the Fuel Celles and Hydrogen Joint Undertaking (FCH 2 JU) under the subvention agreement no. 101006751. This public-private partnership has received the support of the Horizon 2020 research and innovation programme by the European Union, Hydrogen Europe and Hydrogen Europe Research.